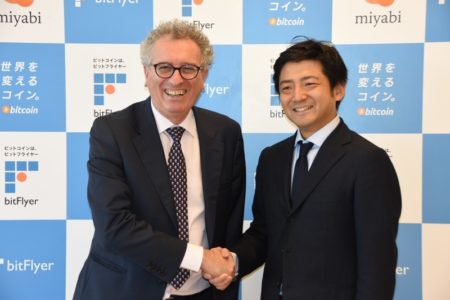 On Tuesday 23, January 2018, the Minister of Finance, Pierre Gramegna, officially announced that on January 8, 2018, the Japanese bitFlyer platform was granted its payment institution license by the Luxembourg Ministry of Finance.

During his mission in Japan, the Minister of finance visited the premises of the company and met CEO Yuzo Kano. During a working meeting, the CEO presented its European strategy and stressed the importance it signifies to Luxembourg. On his side, the Minister also highlighted the benefits of the Luxembourg ecosystem for international fintech companies.

Pierre Gramegna said : “We are delighted that one of the most powerful start-ups in Japan chose Luxembourg as a hub for the European Union. This confirms the attractiveness of our country for the development of Fintech companies, a priority in our strategy.