Findel airport setting a new record for freight transport in 2017

Findel airport in Luxembourg registered a total of 938,000 tons of freight transportation. This sets a new record in the logistics industry in Luxembourg.

According to figures published on Thursday February 1, 2018  by Luxairport, 938,000 tons of cargo were transported at Findel last year. This beats the records that was established in 2007. This rise is mainly explained by the the development of new connections between China and Luxembourg. 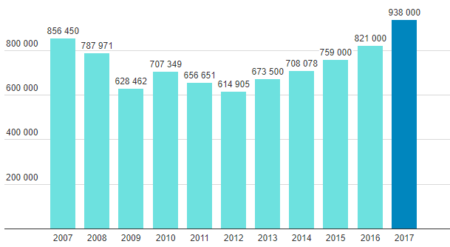