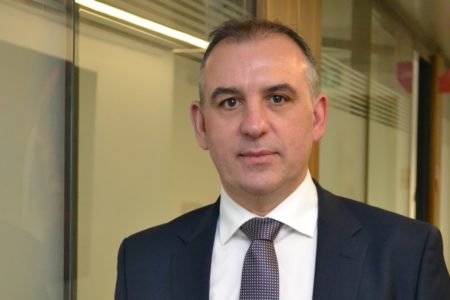 The GovSat company has been run from the outset by Patrick Biewer, who had previously been an employee of SES for over 20 years, notably heading the SES Broadband Services (SBBS) division specialising in the provision of satellite broadband Internet services.

Mr Biewer, what was the context surrounding the birth of GovSat three years ago?

“The aim was to create a new value proposition that did not previously exist on the market, namely using satellite capabilities for government purposes that offered more secure functions than traditional commercial satellites whilst still adopting a commercial approach to provide more accessible and affordable capabilities than dedicated national satellites.

We chose the public-private partnership format for the joint initiative between the government and SES, which made it possible to combine the expertise of Luxembourg’s space industry with all of the regulatory aspects, diplomatic relations, stability and reputation that the Luxembourg State brings to the table. This was vital to creating such a value proposition aimed at other governments and supranational organisations.

The conditions surrounding the creation of GovSat also reflected the commitment the Luxembourg government made in 2014 to step up its defence efforts from 0.4% to 0.6% of the GDP by 2020. The provision of such capabilities, notably to meet the need expressed by NATO for secure satellite communications, is recognised as a defence effort”.

What is the investment for such a programme?

“The co-shareholders initially invested 100 million euros in the company. In addition to this capital, 125 million euros were borrowed through business loans to cover the building and launching of the GovSat-1 satellite, among other things, making a total of 225 million euros.

It is also worth pointing out that the Luxembourg Ministry of Defence, as a client, has committed 100 million euros over a 10-year period. This is a great source of support for the economic model as a whole that enables us to make the necessary substantial investments”.

American company Orbital ATK was entrusted with the task of building the satellite and GovSat-1 is being launched from a SpaceX launcher at Cape Canaveral. Why did you choose not to use European service providers?

“We aim to become a global player, and with this in mind we must take into account all of the competitive options available to us in the global market and select the best option. There was no question of us confining our choices to a manufacturer or a launcher from a specific region or country. We launched international tenders at every stage in the process”.

Since it was announced that the company was being created in February 2015, and as we await the launch of GovSat-1 on 30th January, what has GovSat been doing behind the scenes?

“We have, of course, been generating commercial interest among other government and international agencies and have already signed a number of contracts, notably in the framework of NATO’s Alliance Ground Surveillance (AGS) programme. This is one of the Organisation’s more ambitious programmes and one that makes it possible to maintain constant surveillance over extensive areas by both land and sea and in almost real time.

A secure operations centre opened in November 2017, requiring a great deal of work with regards to obtaining certification for the facilities in question and clearance for the employees concerned and even implementing the necessary procedures in terms of commercial and operational activities. We have also obtained ISO 9001 certification to guarantee the quality of the services we provide for our clients.

Secure satellite communications services are already provided 24/7 in the case of some NATO agencies. They are currently executed via third-party satellites and will be transferred to GovSat-1 as soon as it comes into operation, which is expected to be in early March 2018”.

What is the situation with the European Space Agency (ESA) programmes? Are you also involved in those?

“These are ongoing. We are already working to support the ESA’s Govsatcom Precursor Pacis-1 programme with a view to providing secure access to satellite communications for European institutions and governments. The agreement was also signed in Luxembourg last November on the fringes of the Govsatcom for European Defence and Security 2017 conference in Betzdorf.

Once GovSat-1 is operational we will be able to provide the satellite capabilities and expertise to make this programme a success”.

When will this satellite be operational?

“GovSat-1 will be positioned on its orbit at 21.5o East and will be activated in around 4 to 6 weeks, giving us time to finalise its positioning and perform the in-orbit tests. Those services already sold by GovSat and currently hosted on other satellites will then be transferred across.

The positioning of GovSat-1 means that it will primarily cover Europe, the Middle East and Africa. We are, of course, also considering options for extending our services to areas where needs are expected to increase significantly, which could include the Asia-Pacific region. Since the company was founded we have been considering all of the options, both commercial and technological, that could potentially enable us to extend our coverage area”.