Luxembourg benefits from a broad network of representatives worldwide that can support companies in doing business from, and with the Grand Duchy. The diplomatic and consular network, under the authority of the Ministry of Foreign and European Affairs, provides advice and on the spot assistance to promote international trade and identify opportunities for economic cooperation.

Spread across the globe, the network currently includes 37 diplomatic missions as well as around 150 general and honorary consuls. To further bolster its plans to diversify the Luxembourg economy and ensure the flow of information with embassies and honorary consuls, the ministry has also appointed an ambassador in charge of economic diplomacy.

In close collaboration with the diplomatic network, the Ministry of the Economy coordinates eight Luxembourg Trade & Investment Offices (LTIOs) in high-potential markets in the US, Asia and the Middle East. A ninth office is in the process of opening in Morocco. In addition, three economic advisors attached to embassies in India, Turkey and Brazil and seventeen foreign trade advisors enhance Luxembourg’s economic promotion and support channels. The Chamber of Commerce has economic counsellors stationed at the embassies in Belgium, France and Germany.

The LTIOs promote business opportunities in Luxembourg in their respective geographic regions and support Luxembourg companies that want to develop their activities abroad. A key focus is to assist companies that wish to expand their business to Luxembourg and enter into the European market. They also facilitate trade between their host countries and Luxembourg.

We try to  attract Japanese start-ups that are interested in Europe in order to position Luxembourg as a hub to enter the European single market.

Working in close collaboration with the Ministry of the Economy, the Chamber of Commerce and the national innovation agency, Luxinnovation, the LTIOs can support companies with general and sector-specific business information, tailor-made visiting programmes and practical help with setting up a company in Luxembourg. Together with the embassies and consulates, they can also assist companies in gaining access to high-ranking government officials and other key contacts.

In addition to this customised support, the LTIOs promote interesting initiatives such as the start-up acceleration programme Fit 4 Start to relevant companies. Several LTIOs have also used the yearly tech conference ICT Spring to encourage companies to come and see what Luxembourg has to offer. Attracted by the networking possibilities and perfect setting to find new business opportunities, a record number of start-ups from around the world travelled to the event in 2019.

The LTIO in Tokyo has been actively attracting start-ups to ICT Spring since 2012. “We try to  attract Japanese start-ups that are interested in Europe in order to position Luxembourg as a hub to enter the European single market,” explains Executive Director Yuriko Matsuno. “Investors  such as bitFlyer and ispace joined the event before deciding to establish offices in Luxembourg.”

Five Japanese companies joined in 2019. One of them, EAGLYS, won the cybersecurity category of the “Pitch Your Start-up” contest that is part of the event. “As our products are oriented around cybersecurity with broad applications in banking and fintech, we decided to explore Luxembourg, a well-known hub for the global financial sector,” says the company’s business developer Michal Kiezik. “Luxembourg has an immensely advanced data infrastructure and a thriving and competitive telecommunications industry. In  addition, its location at the heart of the EU simplifies potential access to markets across Europe.”

Luxembourg has an immensely advanced data infrastructure and a thriving and competitive telecommunications industry.

Opened in 2006, the Consulate General and LTIO in Shanghai have established solid contacts with Chinese companies active in the innovation and new technologies sector as well as with the main incubators in the Shanghai region. The office has also used its network to successfully target Chinese tech companies and encourage them to discover Luxembourg via ICT Spring. “This year, China was well represented,” confirms Luc Decker, Consul General and Executive Director of the LTIO. “And this is only the beginning.”

Mr Shufan Wu, Executive Dean of the School of Aeronautics and Astronautics in Shanghai, sums up his experience: “Europe and China are two fast growing regions representing the commercial space development frontier. For us, this event was very impressive in its scope and content.” James Chou, MD and CEO of incubator Microsoft for Start-ups North Asia, points out that “both Microsoft for Start-ups  China  and our portfolio of start-ups got good exposure to the European market”. 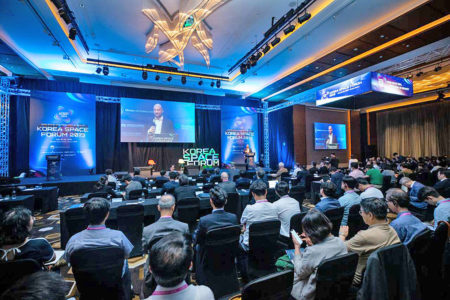 The Skolkovo Innovation Center is one such partner. This scientific and technological centre currently hosts over a thousand start-ups and established innovative companies. The Embassy of Luxembourg in Moscow, represented by the ambassador himself, actively contributed to the establishment of a long-term collaboration formalised through a Memorandum of Understanding (MoU) signed between Skolkovo and Luxinnovation. Subsequent events were organised at Skolkovo to present the economic landscape and opportunities offered by Luxembourg to Russian companies. Luxembourg’s size and the ease of doing business were at the heart of the discussions.

The LTIO in Seoul partnered with local Korean innovation agencies to attract 11 start-ups to ICT Spring in 2019. As a follow-up, during an economic mission to South Korea in May the same year, Luxinnovation and KISED (Korean Institute of Start-up and Entrepreneurship Development) signed an MoU at a start-up event attended by Luxembourg’s Deputy Prime Minister and Minister of the Economy, Étienne Schneider. The agreement provides for greater collaboration between the two entities to support the development of the Korean and Luxembourg start-up ecosystems and to assist start-ups wishing to develop in one of the two countries.

Cracking the US market

The LTIOs in San Francisco and New York were instrumental in helping Luxinnovation set up accelerator programmes for Luxembourg high-tech start-ups to establish a foothold and be successful on the US market. In San Francisco, a 6-day start-up school was organised in conjunction with investor and accelerator Nex Cubed. A Benelux Catalyst event, a 4-week collaborative programme for aspiring start-ups from Luxembourg, Belgium and the Netherlands, took place in New York.

The economic and diplomatic network is also there for Luxembourg companies looking to explore and export to foreign markets. They can notably count on the ongoing support and expertise of the International Affairs department of the Chamber of Commerce. One example is the regular matchmaking event “Business Meets Diplomacy”, organised during the diplomatic conference uniting the heads of missions of the diplomatic network in May 2019. The event hosted 158 meetings between local companies and 45 ambassadors, consuls general and trade and investment officers. ODL, Luxembourg’s export credit agency, also took advantage of the occasion to present the array of financial incentives available to Luxembourg businesses for promoting products and services globally.

In this way, Luxembourg’s diplomatic and economic network is able to leverage local synergies and work to provide hands-on advice and support to investors, exporters, established companies and start-ups alike, to maximise success of Luxembourg businesses at home and abroad.