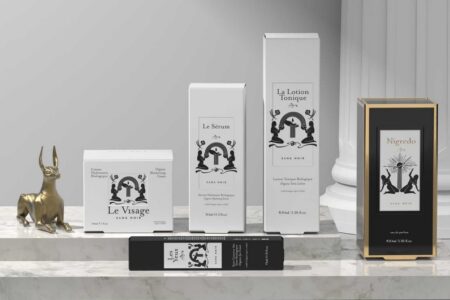 After ten years of law studies in Paris and some personal and professional experience in South Korea, Stéphane Tihal decided three years ago to return to Europe. A little discouraged by the administrative and economic stagnation in France, he finally chose to settle in Luxembourg, on the advice of a lawyer friend who already practises there.

The only thing left to do was to find out what to do here… “Having lived and worked in Asia, I knew that the market for organic cosmetics is not very developed there,” he explains. It currently represents only 8%, while, at the same time, organic food is booming. However, forecasts for 2050 predict a $50 billion organic cosmetics market in Asia, of which 60% will be covered by European brands.

Three years of research and development gave birth to “Art et Beauté” line, which includes several skincare products, nail polishes, perfumes and accessories. Sang Noir uses a high-end approach, both in the composition of the products and in the packaging.

But the idea went well beyond these cosmetic products. The company also had the desire to develop a broader concept and include a range of clothing under the brand name “L’Atelier”. The idea of mixing cultures remains the same.

“We have set up a workshop in Luxembourg to customise our hoodies together with foreign designers, using scraps of haute-couture fabric recovered in Milan,” says Mr Tihal. “Our perfumes are made in France and our cosmetics range, made in South Korea, is based on organic plant ingredients. We are certified ‘clean’ and, as an example, we guarantee that our products have no impact on coral reefs.” 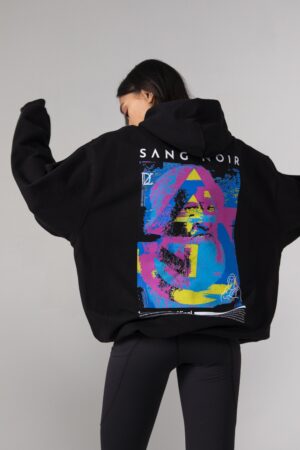 Sang Noir officially launched its product ranges in September 2021, notably via a website. But barely three months later, a contact established with the help of the Business-Club France Luxembourg gave the company the opportunity to open a pop-up store integrated into the Galeries Lafayette department store in Luxembourg City for the Christmas season.

A winning bet, with unexpected sales figures. “For beauty products, we reached 15th place among the more than 140 brands sold on the shelf. And there were even days when we were in the Top 5, ahead of the big names in the market,” says Mr Tihal.

The success is such that the Luxembourg shop pushed its French management to integrate the brand directly into its catalogue. Sang Noir thus became the first Luxembourg brand to be referenced in the Galeries Lafayette network. “The unfailing support of the director, Laurent Dufraisse, was a determining factor in this.”

And since good news never comes alone, the very good performance of the products reached the ears of the director of the store in Berlin. “We had to organise a van trip to set up the pop-up in Berlin within a few hours. Today, we are in negotiations to be integrated into the entire international network of Galeries Lafayette, with a clear focus on the Asian markets.”

Luxembourg is largely underestimated in terms of the quality of support for start-ups.

The strength of the network

Other discussions are also underway with a large South Korean group looking for international brands in the field of organic cosmetics.

“For the past three years, we have been working hard in our corner to develop our concepts and products. But for a few months now, Luxinnovation has helped us discover the power of the networks in Luxembourg”, says Mr Tihal. “We almost regret not having been able to benefit from this earlier in our development! As for the Ministry of the Economy, after having multiplied controls to ensure our seriousness, it is now fully supporting us in our efforts. Luxembourg is largely underestimated in terms of the quality of support for start-ups. The country provides a very efficient welcome offered by the ministries, the Chamber of Commerce and Luxinnovation. I myself advised a friend to come and set up a nutricosmetics business here.”

Luxinnovation, and in particular its cluster team, is now supporting Sang Noir in its development. “Advice and support to get in contact with the right people are also part of our range of activities,” explain Marc Lis and Jean-Philippe Arié, managers of the Creative Industries and HealthTech clusters. “Our multi-sectoral approach allows us to provide the most exhaustive information possible in order to give the companies we support all the tools they need to run smoothly.”

Sang Noir’s initial roadmap, which was to focus on commercial development in the Asian market, has been overturned by the success it has achieved in a few months in Luxembourg. It is now time to look for partnerships with large distribution chains, in the Benelux or elsewhere in Europe, but also for financial support to make future developments possible. “We have some contacts with investment funds and some Luxembourg business angels who are interested in investing. Considering that there are only three of us in the company and that we are competing with big established brands, I think we can be proud of what we have achieved so far.”

And to avoid all waste, Sang Noir donates 1% of its turnover to associations that fight to protect the environment. “This is a natural part of our approach. We aim to be as responsible and sustainable as possible.”